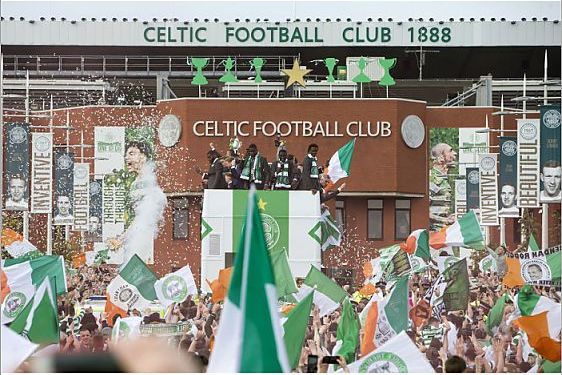 Regular readers of this site and listeners to the podcast will know that I have banged on for some time about the economic impact and value of football and specifically Celtic to the Glasgow and wider Scottish economy.  In September 2015 we wrote about football contributing AT LEAST £190m per annum to the Glasgow economy.

Obviously the research done by ourselves, although greater that the Hee Haw done by our governing bodies, was of a very limited nature and regular readers will be aware that since then, Celtic have appointed the Fraser of Allander Institute to undertake more detailed research and (coincidentally just before the AGM) they have now produced their report.  Finally, instead of Celtic (and football) getting the continual verbal kicking about being a blight on society and trawling out Les Grey to portray football and its fans as society’s last bogeyman, we should get the recognition for adding fantastic value to the Scottish economy,

Today, Celtic have confirmed that the report identifies the fantastic economic value of fans and our club;

The following is from the press release issued by Celtic today

The scale of Celtic’s contribution to the Scottish economy has been set out for the first time by a new independent report prepared by the Fraser of Allander Institute.

The economists estimated that the spending of Celtic and their supporters was worth £165 million in 2016-17 to the Scottish economy, helping to support the equivalent of 2,820 full-time equivalent jobs in Scotland. Such a boost to Scotland’s economy isn’t just a one off, but occurs annually.

These conclusions emerge from an independent study commissioned by the club from the Fraser of Allander Institute at Strathclyde University which examined spending by the Club and spectators at all matches involving Celtic FC during the 2016-17 season.  The study also identified Celtic as the 25th strongest brand in world football.

The report found that during the 2016-17 season, matches involving Celtic saw attendances of almost 2 million, while more than 40 per cent of Celtic’s day-to-day spending was with Scottish firms.

To illustrate the scale of Celtic’s contribution, other studies have estimated golf tourism’s contribution to Scotland’s GDP is around £157 million each year, while the one-off economic impact of the Commonwealth Games in 2014 to Scotland was valued at £125 million.

The findings were welcomed by Celtic Chief Executive, Peter Lawwell, who said: “We commissioned this research because of a feeling that the economic contribution from football in general and Celtic in particular is consistently under-valued.

“While a huge amount of attention is rightly paid to one-off events like the Commonwealth Games and other activities which attract interest to Scotland and Glasgow, football’s economic contribution tends to be overlooked – yet it brings people here from around the world”.

Mr Lawwell noted that Celtic Park is the seventh most popular visitor destination in Scotland. The club’s web-site ranks 23rd in world football for “hits” with more than one-third coming from outside Scotland.

The club is particularly important to the Glasgow economy with  a net inflow into the city of over one million people in the course of the season, mainly from within Scotland. However 54 per cent of visitors from outside Scotland who visit the city to attend games stay in paid accommodation for an average of 1.7 nights. The report estimates that there are just over 90,000 bed nights related to matches in Glasgow featuring Celtic over the course of a season.

The report highlights the limitations placed on Celtic by being a big club in a small league. It notes that “clubs from leagues with higher brand value but fewer league attendances include Liverpool, Manchester City, Paris St Germain, Athletico de Madrid and Inter Milan”.

Celtic’s social contribution is covered by the report which observes that “the work of  Celtic FC Foundation is quite unlike standard Football Club foundations in scale and scope with its focus on improving heath, promoting equality, encouraging learning and tackling poverty.”

Mr Lawwell said: “There is a great deal in this report for the club and its supporters to take pride in.  We also hope that the Scottish Government and Glasgow City Council will recognise that Celtic and football more generally are significant economic players when it comes to issues like transportation links and tourism promotion”

Professor Graeme Roy, Director at the Fraser of Allander Institute said “This study tracks the contribution of Celtic and the spending of their supporters on the Scottish economy. Our survey of supporters – including season ticket holders, international visitors and match-day spectators – was one of the largest that we have ever undertaken.”

“What is particularly interesting from our findings is the value of international spending that is attracted to Glasgow via Celtic. This acts as an ‘export’ for Scotland boosting jobs and supporting growth. This suggests that there is an opportunity to use regular major events – such as Scottish football – as a lever to help support economic development.”

The report recommends that further research should take place into how other European cities harness the economic benefit from football and create an integrated vision, which supports areas like transport and tourism. 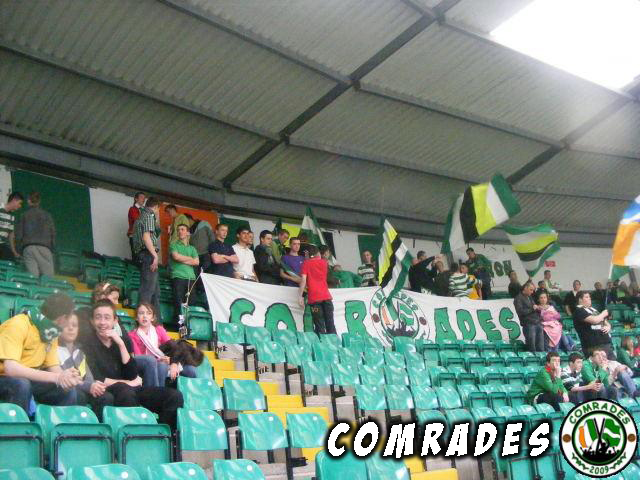