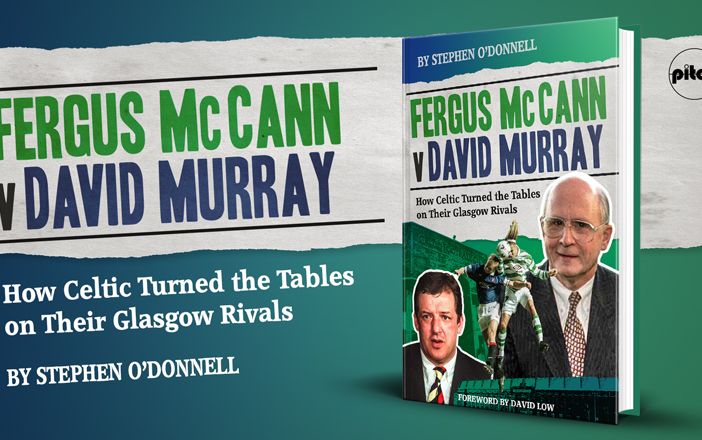 With Sevco on the rise after some big setbacks, it is timely for such a book as this one to come out. There has been an increasing rewriting of history by some or at the least a blind eye being taken by too many, in particular by the mainstream media.

What this book is asking is: why exactly did Rangers die? The book primarily concentrates on the ups & downs of both clubs over the past 30 years or so to help answer this question. The book charts Celtic’s rise from the bottom of the rung in the nineties when the club could do little right, and interchanges with Rangers on their heyday and then collapse.

Admittedly partisan in its viewpoint, but still its honest upfront yet still gives an equal overview of both clubs, using Celtic as a foil to explain Rangers collapse and death. Alternating chapters between Celtic & Rangers, the author delves into the details, threading all the myriad of pieces together to give the reader an understanding of the eras detailed.

Celtic’s Fergus McCann is captured very well, and even for the most seasoned of supporters, there’s events & facts detailed that many of them will have forgotten. There can be quite a blasé attitude from certain Celtic supporters in light of recent successes, and really refreshers on the old darker days of the 1990s is much needed.

The crux of the book though is ultimately about one big question: why did Rangers die? This book gives a succinct overview of the club’s roots, taking us through the arrogance of Rangers Chairman David Murray whose hubris ultimately killed Rangers. If anything, he epitomised much of what was wrong at Rangers (from even before his arrival); his ego was well at home at Ibrox to a pandering and sycophantic support & media. This was the era when David Murray could proclaim to an unquestioning media that “For every fiver Celtic spend, we’ll spend ten!”.

This book is written perfectly well in an accessible format for younger readers, who to be frank have been bludgeoned over the years by their elders about how tougher life was back in 1990s as a Celtic fan as if they were ‘Nam veterans. This book is a getaway and more sensible approach to exploring the period. I have to admit I had to get out my dictionary a few times (e.g. ‘unctuous’), not that it took away from anything.

What we see is the light & shade of both shades, and it seems almost incredible with the benefit of hindsight that no one in the mainstream could see Rangers’ road to ruin or even just raise the point. Celtic under McCann took a very different path to Rangers which is why using him as a foil to Murray is a fair comparison.

The general press get it in the neck for their part, and are dissected for their shill coverage so come out badly.
For outside observers, the points in this book can help to explain the range & growth in alternative media in Celtic circles compared to Rangers who still get similar pandering from those who should know better.

Probably the only issue for this book is that by making this accessible, the analysis does leave holes which those with relevant knowledge or experience could pick on (e.g. accountants, financiers, legal etc). However that doesn’t diminish this work, but shows that there is still room for subjective viewpoints and a more rigorous academic overview. Could have gone for the jugular, but really this book lets the facts speak for themselves, any doubters can simply continue to stick their heads in the sand.

Rangers might now be a closed chapter but this book shows there is still a story to be retold. Hubris will destroy any club, and the divergent methods used by McCann v Murray clearly show that. I recommend this book to everyone. 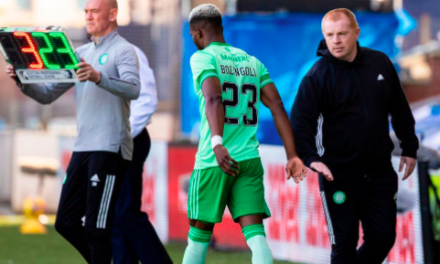