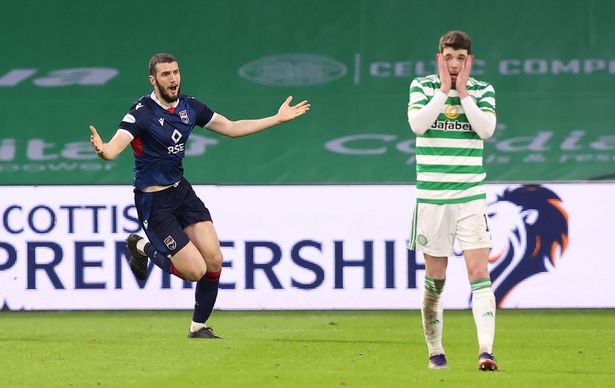 Last night was one of those occasions in Celtic’s history that you hope never to witness. When Ross County scored their second goal I turned to my 16 year old son and said, ‘That’s it, Neil Lennon’s time is up, the time for change is now.’ Perhaps, naively, up until that point, I still fervently hoped that Neil could have turned all of this around to our benefit.

As a long time Celtic fan, my mind was cast back to similar circumstances in the past. In 1991 when, on a night of vile weather at Hampden, Motherwell had sealed Billy McNeill’s fate as Celtic manager by beating the Celts 4-2 in a Scottish Cup semi-final replay. Then in 1997, Tommy Burns reached the end of the line, ironically in another semi-final replay and on a similar night when the conditions were equally miserable, at Ibrox against Falkirk. In more recent times there is still the painful recollection of John Barnes’ dismal result against Inverness in 2000 and then Tony Mowbray’s team’s 4-0 collapse in Paisley to St Mirren in 2010. These days are, thankfully, few and far between, but nonetheless painful to endure.

So when Ross County scored that second goal last night, I knew Neil Lennon’s time was up. There can be no way back from this. I don’t even blame the supporters for congregating outside Parkhead however irresponsible this may be during a pandemic. One of the biggest frustrations we have experienced as supporters during this Covid blighted period, has been the failure to be able to vent our frustrations as tens of thousands of us sit at home watching the TV in total dissatisfaction at the recent abject performances. That resentment obviously came to a head last night as fans turned out in numbers to voice their grievances.

To the fans who turned out last night I say, I have no problem with what you did, but I do take issue with how you did it. To hear Celtic fans singing ‘Lennon, Lennon get to f***’ was deeply nauseating and nothing can excuse that. This is a man who has given the best years of his life to Celtic and represented the club with distinction. And he has been instrumental in the following:

It should also be pointed out that no one suffered from sectarianism in Scotland more than Neil Lennon. Death threats, graffiti, attacked in the street, and also attacked at Tynecastle. Few individuals have given so much to Celtic than Neil Lennon. The same people verbally abusing him last night were the same ones who some years ago would have declared ‘We are all Neil Lennon.’

As if that wasn’t bad enough there were missiles thrown at the players leaving the stadium. Most of those players are the same guys who have led Celtic to the brink of an unprecedented fourth consecutive treble. They too deserved better than this. The more capable players in the squad this morning would have awoke and thought, ‘I can’t wait for the first opportunity to get away from this madness, I’m off at the first opportunity.’

The pressure to achieve 10-in-a-row has proved to be overwhelming. What was always going to be a difficult season has proved to be much harder than anticipated, especially without the vital backing of the Celtic supporters in the stadia, the traditional ‘twelfth man’ as they been referred to in the past. Frustrations are running high. I know I was livid yesterday’s performance and result. However, nothing can excuse that behaviour yesterday. It was a rabble and, dare I say it, that was hun behaviour, the kind of thing that we have rightly condemned others for in the past. For a support who always took great pride in their behaviour (UEFA and FIFA awards in 2003) then this was a particular low point.

As I said, we stand on the brink of a historic fourth treble. Ten-in-a-row will be difficult to achieve but not impossible if the board can procure the appropriate managerial candidate to lead us forward and out the current malaise we find ourselves in. The last 10 years has saw us enjoy unprecedented success within the Scottish game. The down side to this is that it appears to have generated a sense of self entitlement amongst an element of the Celtic support, who now expect this level of success to carry on unabated. Life can deal you blows and as Celtic fans we have to accept that and carry on. Faithful through and through. Ring any bells?

Very shortly, Neil Lennon will leave Celtic, probably for the last time. He will be remembered as a great Celt and one miserable dark night in November 2020 should not be allowed to tarnish his reputation. It’s time we all took a few deep breaths, took stock of the situation, and acted on it.

It’s time for the Chief Executive to step in. And to Neil Lennon I say, ‘thanks’. For everything. 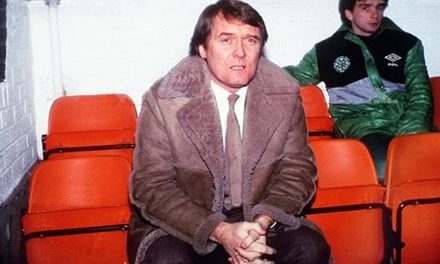 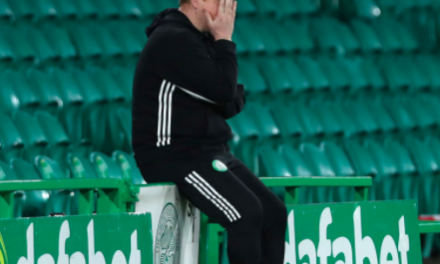