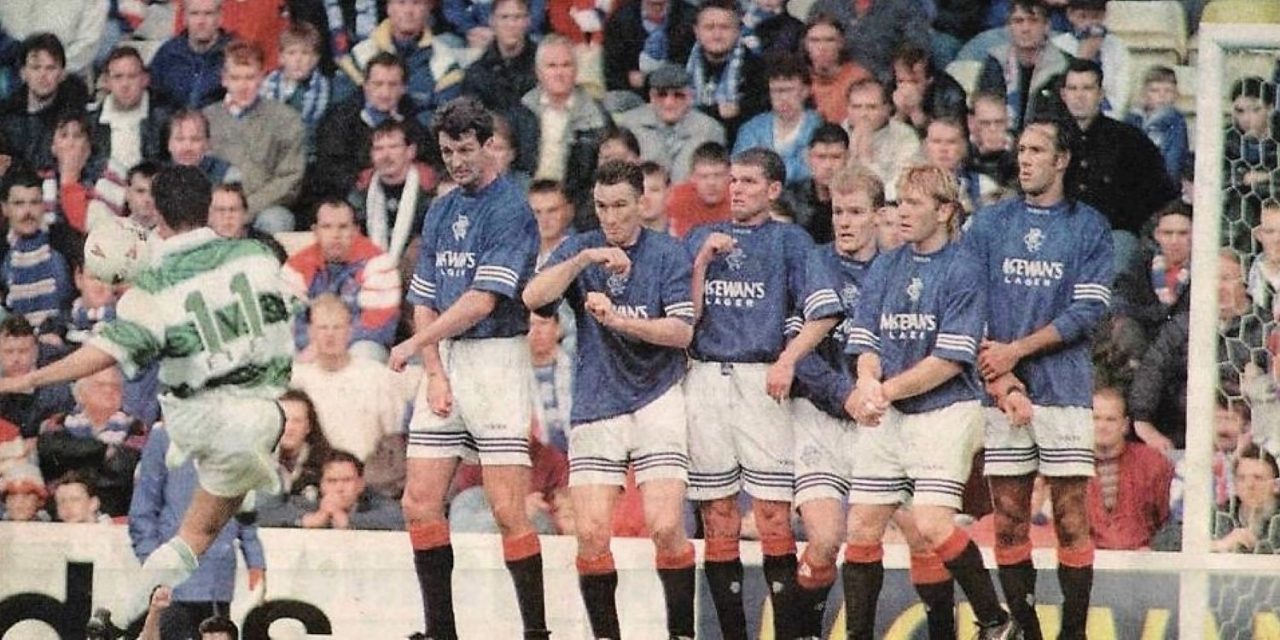 In the latest in this series of Memory Match St Anthony takes a fond look back at another Celtic game from the past. With Celtic due at Ibrox this weekend he focuses on a game from 1994 when Celtic faced the old Rangers.

1994 was a year of huge upheaval for Celtic. In March, Fergus McCann took over as the club’s new owner, by buying out the old Celtic board, and embarked on the rebuilding of the modern Celtic Park. In June he sensationally sacked his manager, Lou Macari, and replaced him with another old Celtic favourite, Tommy Burns. Celtic had actually not qualified for European football, so low had they sunk at that time, but Rangers came into this game on the back of two hugely disappointing Champions League qualifiers where they had lost home and away to AEK Athens on a 3-0 aggregate, despite having their expensive and much vaunted summer signings, Basile Boli and Brian Laudrup in their line-up.

Burns had stated that it was important for Celtic to lay down a marker to show that they were good enough to challenge Rangers once more. The Celtic manager had his problems with a makeshift back four of Mike Galloway, Mark McNally, Malky MacKay and Tom Boyd. However, Tommy was smart enough to know that his midfield four of Pat McGinlay, Paul McStay, Peter Grant and John Collins, were his strongest assets and his tactics were arranged around this. And it was that midfield which was ultimately to win the day for Celtic.

Celtic began moving the ball about quickly and playing the ball to feet on a very warms summer’s afternoon. Rangers’ manager, Walter Smith, had played a back four full of centre backs – Steven Pressley, Basile Boli, Richard Gough, and Dave McPherson, and they looked cumbersome against Celtic’s more mobile front two of Simon Donnelly and Andy Walker. Celtic forced nine corners in the first half and a succession of shots peppered Andy Goram in the Rangers’ goal. Stuart McCall had to save Ian Ferguson’s blushes when he cleared off the line to prevent an own goal and just when it looked as if Rangers would survive until half time, Celtic struck.

Celtic were awarded a free kick 20 yards from goal on almost the exact position which John Collins had scored from at Ibrox the previous April. Incredibly, Collins repeated the feat, when he bent the ball around the Rangers wall and into the net, in identical circumstances, with his renowned Adidas Predator boots. This put the Celtic fans in the Broomloan Road stand in great voice all during the break but they knew they would face a difficult second half.

That second half was only three minutes old when a fine Celtic move down the right side ended with Paul McStay lashing home a glorious low shot in off the post. The Celts were now in complete command and Smith was forced to take off the popular Ian Durrant for the hugely expensive £4m striker, Duncan Ferguson. This led to boos all around the stadium from disgruntled Gers’ fans as scarves were thrown ant the dugout and fan verbally abusing Rangers’ chairman, David Murray, in the main stand. The substitution was to make no difference to the state of play.

McStay was on top form and giving a virtuoso performance. He disposed Ferguson on the half way line and ran to the edge of the Rangers area with the Rangers’ striker in hot pursuit. Paul shuffled the ball to the side to leave Ferguson sprawling on the deck and then fired a shot past the helpless Goram and against the post. Thus by a matter of inches, one of the finest Celtic goals ever scored at Ibrox was averted.

There were empty seats all around three quarters of the ground when the final whistle blew at 2-0 for Celtic. The Celts had enjoyed an amazing 65% possession during the match. This was mainly due to the excellent passing and technique of McStay and Collins and the tireless running of Pat McGinlay who had ran McStay close for man of the match. Tommy Burns was understandably happy that Celtic had won but maintained it was also important that they had played ‘the Celtic way’.

There was an aside at the end of the game. The media reported that UK boy band pop stars, Robbie Williams and Mark Owen, had been at the match and photographed wearing Rangers colours. Williams was pictured coming out of Ibrox with body guards and a face like thunder, much to the amusement of those with Celtic leanings. The newspaper headline was somewhat predictable but entirely appropriate – TAKE THAT GERS! 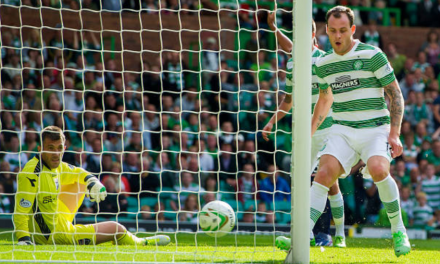 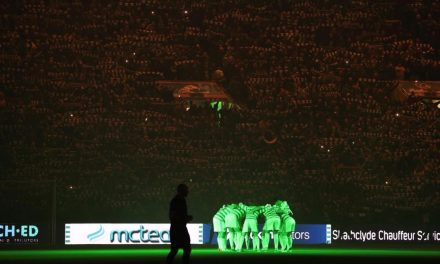 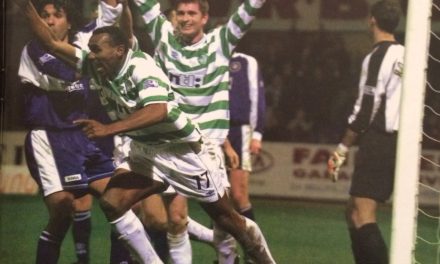 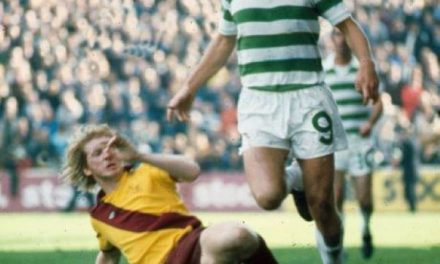