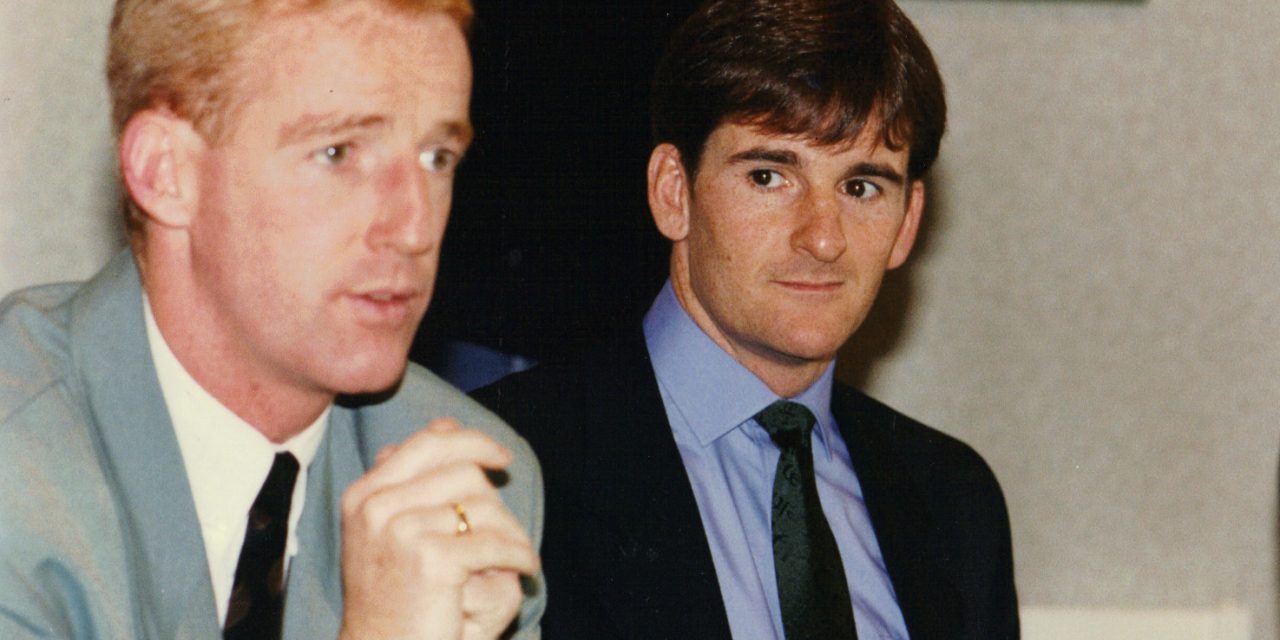 Tommy Burns was not long in the Celtic manager’s chair in 1994 when he signed Tosh McKinlay from Hearts for a bargain £350,000 transfer fee. Tosh was days away from his 30th birthday and many eyebrows were raised at his signing, although Burns was in real need of a new left back as Darius Wdowczyk had departed a few months previously leaving a big void in the team.

McKinlay had a fine reputation as an attacking left back and had always been a fine performer with Dundee and Hearts. He was immediately placed in the first team and from the beginning he looked as if he had been at Parkhead for years.

A matter of weeks after joining Celtic Tosh was ineligible and missed the Celtic team who tragically lost to Raith Rovers on penalties at Ibrox in the League Cup final. Six months later Celtic were back in another final, this time against Airdrie in the Scottish Cup at Hampden. If the game was not a memorable one then the winning goal will long remain in the memory – a perfect floated cross from Tosh was powerfully headed home by a new Celtic hero, Pierre Van Hooydonk.

Tosh’s forte was attacking on the left flank and he had great technique at crossing a ball, particularly on the run, which has become something of a dying art in the modern game. In November 1995 he sent over an exquisite swerving cross at Ibrox for Van Hooydonk to claim Celtic a 3-3 draw against Rangers. Then in April 1996 he had the best game of his Celtic career when he was the main architect of Celtic’s 5-0 thrashing of Aberdeen, on the night that the roar of Jorge Cadete’s first Celtic goal crashed Radio 5’s transmission.

The Celtic side that Burns was now creating was built around a new foreign contingent. As well as Van Hooydonk and Cadete, the Celtic fans had Andreas Thom and Paolo Di Canio to enjoy and they formed the most entertaining Celtic side for years. However there was something reassuring to the supporters seeing Tosh in the green and white, a boyhood fan like themselves who was now living the dream of playing for team he supported.

Tosh was first capped by Scotland after joining Celtic, much to the chagrin of Hearts fans who thought he should have had international recognition during his Tynecastle days. In 1996 he performed with distinction in a brave Scotland side during Euro 96 in England and in 1998 he had the privilege of performing in the 1998 World Cup in France although this tournament was something of a disappointment for the Scots.

Tosh’s selection for the 1998 World Cup was rather controversial as he had lost his left back berth at Parkhead to Stephane Mahe. He broke back into the side the following season and had a great game in the 7-1 romp at Fir Park against Motherwell but when John Barnes arrived as new Celtic manager in the summer of 1999 Tosh found that his time was up and there was sadness amongst the Celtic support at his departure.

Tosh McKinlay may have arrived at Celtic late in his career but he crammed plenty of memories into his five year stay. It’s just a pity he couldn’t have played against Raith on that fateful day at Ibrox in 1994 as the result could have been very much different and saved a lot of sorrow in the process. 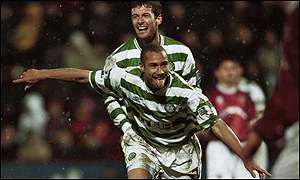