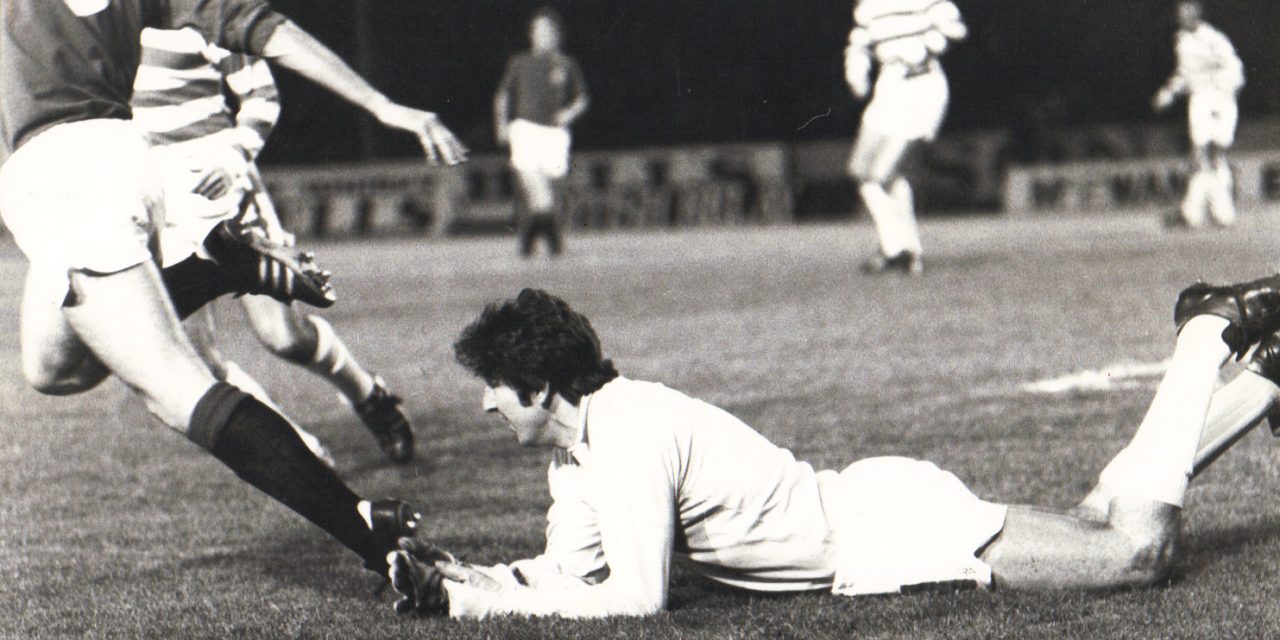 In early 1975, Jock Stein had a goalkeeping crisis at Celtic. His current goalkeepers, Ally Hunter and Denis Connaghan, had both been troubled during the season by a mixture of injuries and loss of form so Jock looked towards the transfer market to buy himself a new ‘keeper.

There was some surprise in late January when Stein announced the signing of English goalkeeper, Peter Latchford, on a loan deal from West Bromwich Albion until the end of that season. The flow of players between Scotland and England was usually a one way streak. English sides regularly plundered Scottish clubs for their best players but it was a very rare occurrence for an Englishman to take the high road to the Scottish league in the opposite direction. The story goes that the then England manager Don Revie, a good friend of Jock Stein, had actually recommended Latchford to Jock. The big English ‘keeper was an England under 23 international who had lost his place at The Hawthorns to the long serving custodian, John Osborne. Latchford, having been offered the opportunity of first team football, opted to come to Glasgow to prove his worth.

Latchford came from a famous footballing family. In 1975 his two brothers were involved in top level English football. Bob was a notable centre forward at Everton and held the proud title of England’s most expensive player at £350,000, and became an England international striker. The other brother, Dave, was a decent goalkeeper with Birmingham City who moved to Motherwell in 1978 for a short period and faced Peter in several Celtic v Motherwell clashes.

Peter Latchford made his Celtic debut on 22 February 1975, in a 2-1 defeat at Easter Road, on the day when it finally dawned on the majority of Celtic fans that 10-in-a-row was a pipe dream and would not now happen. It was a sobering experience. He held his place until the end of the season and had fine games against Dundee in the Scottish Cup semi-final at Hampden and in the final against Airdrie when Celtic triumphed by 3-1 in a game best remembered for Billy McNeill making his last Celtic appearance.

It hadn’t all been smooth going for Latchford. He had made several costly blunders which had caused goals during his early appearances, the most notable being when he misjudged a long, aimless free kick from Partick Thistle’s Danny Kellachan, which he allowed to aimlessly float over his head and into the net. At this time big Peter was no stranger to the odd Eldorado bottle being aimed in his direction from the terraces. Despite this, Stein held firm, the fans showed patience with their new Englishman, and in the summer Celtic put their faith in him and made the transfer permanent by paying £35,000 for his signature.

Peter’s first full season was a difficult one with Jock Stein missing the entire campaign due to serious injuries sustained in a car crash. In later years Peter was to joke that it took him a long while to tune into the Glasgow dialect and slang of his Celtic team mates but by the end of 1975-76 he had established himself as Celtic’s number one goalkeeper.

Stein returned in the summer of 1976 and Peter was a regular throughout the season. He had now established a terrific rapport with the Celtic supporters, who by this time had taken him to their hearts. At the beginning of every game the fans would chant ‘Peter Latchford, Peter Latchford, give us a wa-ave, give us a wa-ave’, to which Peter would smile and wave towards the fans who would then respond with cries of ‘Latchford!…Latchford!…’ Very occasionally the Jungle would join in with a chorus of ‘Latchford for England!’ but it was perhaps stretching it a bit far to consider Peter ahead of the considerable talents of Peter Shilton and Ray Clemence, who were the England goalkeepers at that particular time.

In 1976-77 Celtic won the league and cup double with Peter playing a notable part in Celtic’s success with only Aberdeen denying the Celts the treble in the League Cup final in November 1976 in a game in which Celtic had dominated. The arrival of Pat Stanton had steadied the defence and there had been a settled back four of McGrain, MacDonald, Stanton and Lynch which had aided their goalkeeper. Sadly, in the summer of 1977, Celtic’s talisman, Kenny Dalglish, departed for Liverpool and from that day forward that season was a curse and is best forgotten.

Billy McNeill replaced Jock Stein as manager in 1978 and Peter lost his place to Roy Baines after losing a bad goal in a defeat at Tynecastle in October 1978. He then regained his berth after Baines was blamed for the 3-2 defeat to Rangers in the League Cup semi-final in December. In April-May 1979, Celtic played an astonishing 16 games in just 54 days due to a huge fixture pile up after some of the worst winter weather for decades. In the last game, on 21 May 1979, Peter was one of the legendary ten men who won the league on a hugely emotional night when they beat Rangers 4-2 at Parkhead. For that game alone he will never be forgotten.

The 1979-80 season was a mixed bag for the Celts. They blew a considerable lead in the league to Alex Ferguson’s Aberdeen, who snatched the title after a marvellous unbeaten run late in the season. This left the Scottish Cup as Celtic’s only avenue to success. They faced Rangers in the final in a very tense game and prevailed by winning 1-0 in a game best remembered for the infamous pitch riot immediately after the game. Many will recall the last seconds of the final when Latchford and Mike Conroy both went for a high, hanging cross and became tangled with each other. Conroy remembers being terrified he would handle the ball and concede a penalty as both men untangled themselves but at that very second the referee blew the final whistle, allowing a smiling Peter Latchford, ball safely in his hands, to salute the celebrating Celtic fans massed behind his goal. A memorable memory which many of us still hold dear.

Fate dealt Peter Latchford a bad blow on the first day of the new season in July 1979. During a nondescript Drybrough Cup game against Ayr United, Peter badly injured a hand, an injury that would keep him out for an expected 6 week period. As it was, Pat Bonner took over in goals and basically remained the Celtic goalkeeper for the next 15 years leaving Peter on the sidelines.

Despite being second choice, Peter stayed with Celtic until 1987. He played intermittently during that time and deserves a mention for steadying the Celtic ship in early 1986 when Bonner was injured and he helped Celtic on their way to a 16 match unbeaten league run which ultimately won them the league on a memorable day at Love Street in May 1986.

Peter left Celtic fans with many happy memories. He was always popular due to the fine form he usually showed against Rangers and perhaps a favourite memory is his vital penalty save from Alex Miller on the day that Celtic beat Rangers 3-1 in September 1978 to lay down a marker for that season.

There may always be the debate as to the merits of Latchford against Bonner but it has to be said that no Celtic goalkeeper, until the arrival of Artur Boruc in 2005, enjoyed the rapport and affection from the Parkhead crowd than Peter Latchford, and for that he will always be fondly remembered.

Give us a wave, Peter. 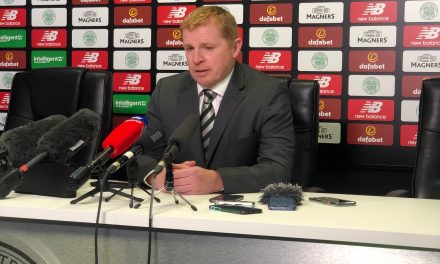 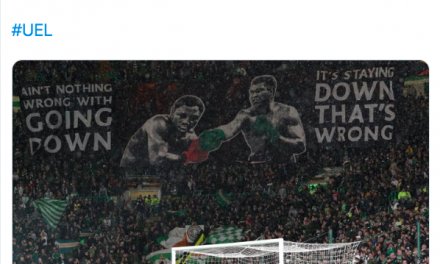 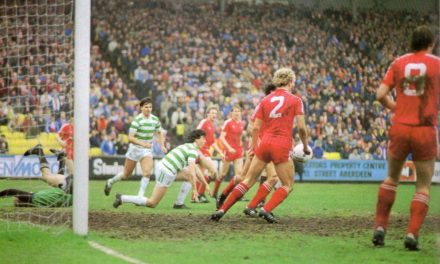 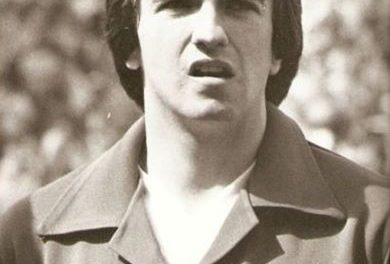