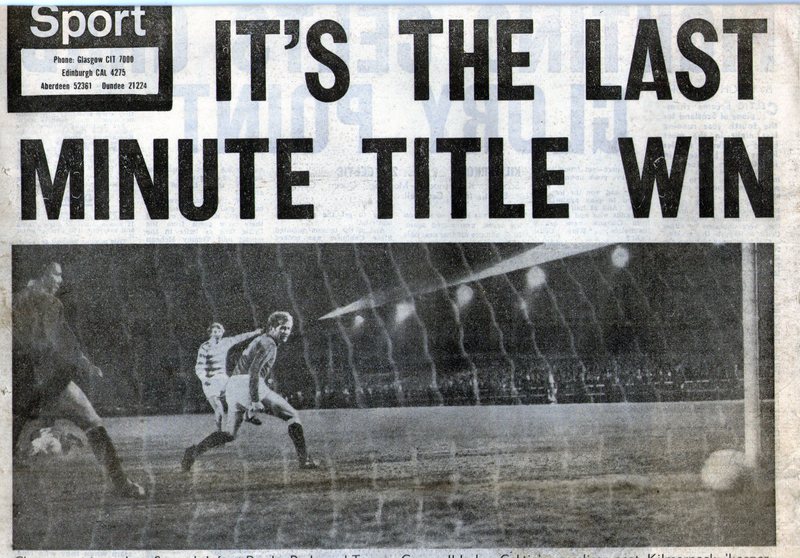 Ronny Deila and his players are currently basking in the glory of winning Celtic winning their fourth successive league title. Way back in 1969, Jock Stein’s Celtic achieved this and in this article we will look at how they accomplished this.

On 21 April 1969, Celtic travelled to Ayrshire to take on Kilmarnock at Rugby Park, requiring just a point to clinch the league title. The game was played on a Monday evening due to the original fixture being postponed on 12 April, due to Scotland’s World Cup fixture against West Germany at Hampden Park and the fact that Celts Bobby Murdoch, Billy McNeill, Jimmy Johnstone, Tommy Gemmell and Bobby Lennox, being in the squad.

This match was played on April 16 and finished in a 1-1 draw. The Germans were lucky to get away with a point as Scotland outplayed them but it took a late pile driver of a shot from Bobby Murdoch to salvage a point for the Scots on the night when Bobby, and Billy Bremner, had outshone the much vaunted German midfield duo of Franz Beckenbauer and Wolfgang Overath.

Bobby was a man at the peak of his powers and a few days after he was awarded the Scottish sportswriters’ player of the year. Nobody deserved it more and he was the main inspiration in this fine Celtic side, with his team mate John Hughes being runner up in the eyes of the press men. 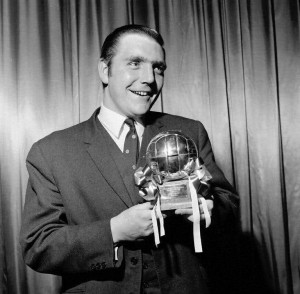 Celtic found themselves able to win the title with three games left, in these two points for a win days. Rangers would finish second, five points adrift, but they had never really been serious contenders despite winning both Glasgow derby games.

The Rugby Park affair was an exciting affair on a night when ‘a gale threatened to lift the roof from the stand.’ Killie took an early lead, when Eddie Morrison rose to power home a terrific header past John Fallon in the Celtic goal. The Celtic fans, who by far made up the majority of the 18,000 crowd, were in further shock on the half hour, when Gerry Queen scored an opportunist goal.

In the second half Jock Stein threw on Bobby Lennox for Tommy Callaghan as Celtic went all out to redeem themselves. In 63 minutes they were given a fortunate break when Murdoch’s cross was headed into his own net by the unfortunate Killie defender Frank Beattie. Beattie, and his defensive partner Jackie McGrory, were actually heroes on the night and kept Celtic at bay, almost to the very end.

There were 91 minutes played when Tommy Gemmell came forward in one last frantic Celtic attack, and he fired a glorious low 18 yard shot into the net for a most dramatic equaliser. Celtic players celebrations after the game were fairly low key, due to having the Scottish Cup final against Rangers at Hampden in just five days time. The fans were different however, and on cars, buses and trains back to Glasgow there was plenty of drinking and singing at the thought of yet another league title. 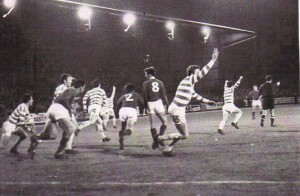 During the match Celtic fans stole Kilmarnock’s 1965 league flag from a flag pole on the roof as a prank, but was handed back again afterwards. It was reported that was the second time Celtic supporters had done this in three years.

The fun wasn’t finished for Stein’s Celts. On 26 April they beat Rangers in the Scottish Cup final at Hampden by a devastating 4-0 scoreline. The League Cup had already been won on 5 April against Hibs by a score of 6-2, and so Celtic completed the unique achievement of winning the Scottish domestic treble of trophies in the same calendar month. 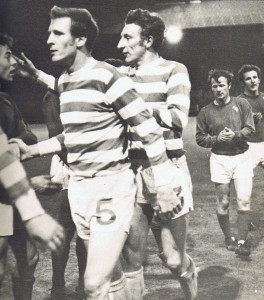 This was Jock Stein’s ‘four in row’ which would go on until 1974. One wonders how far Ronny’s Celts can go now ? 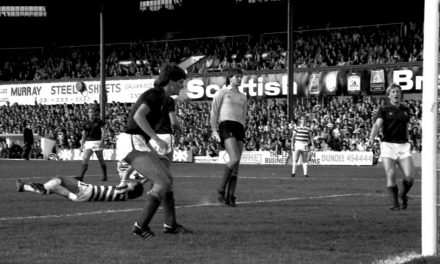 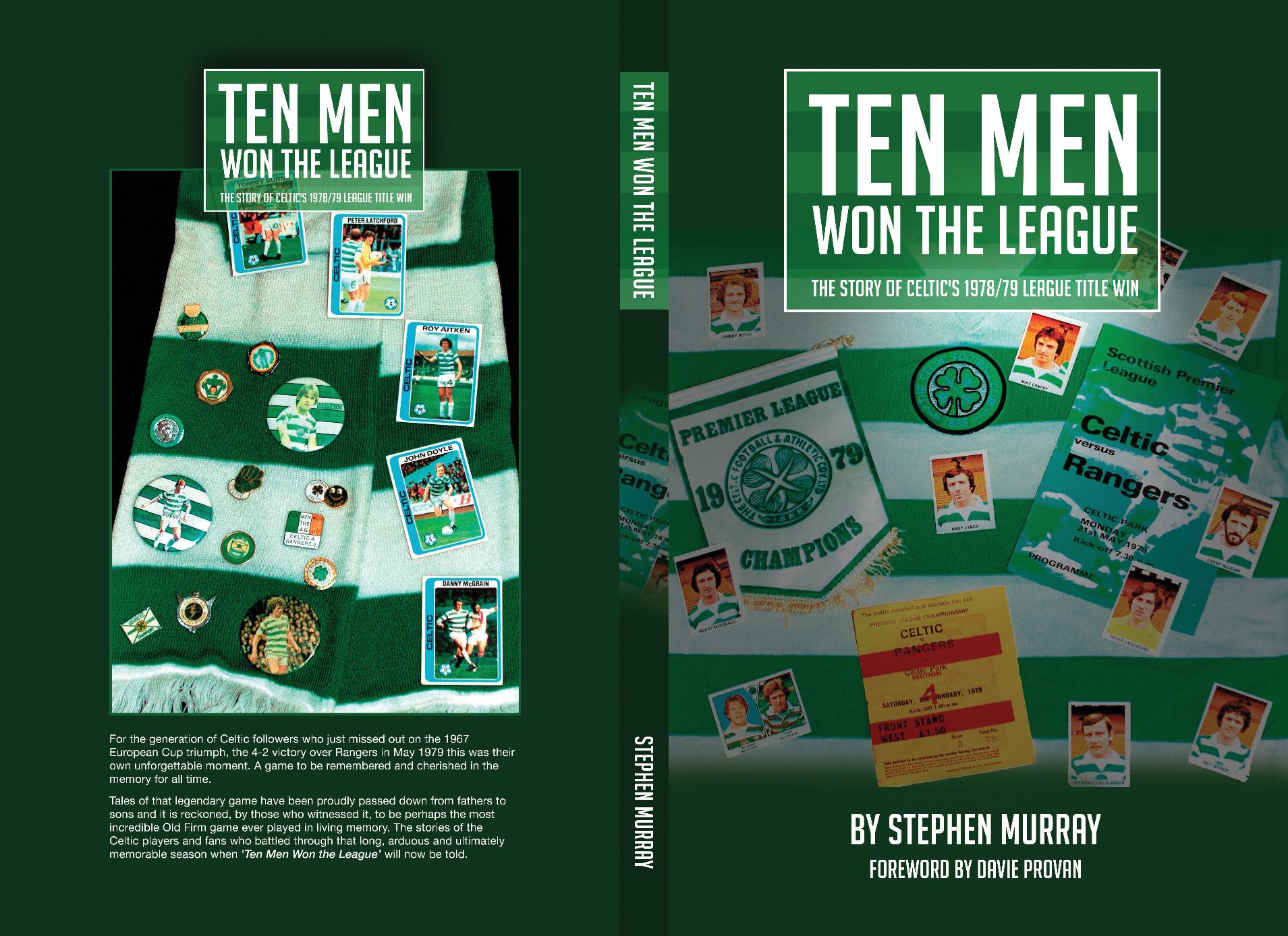 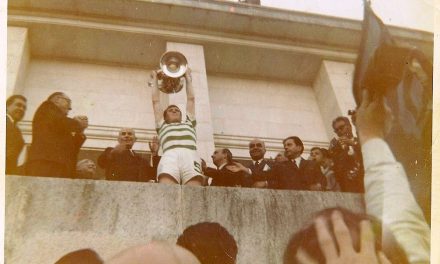 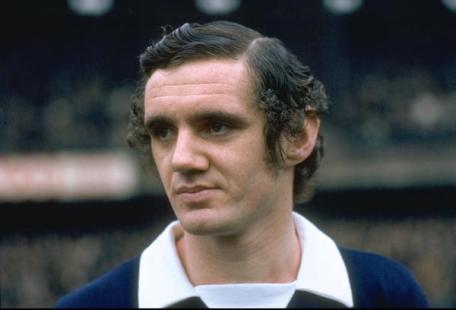