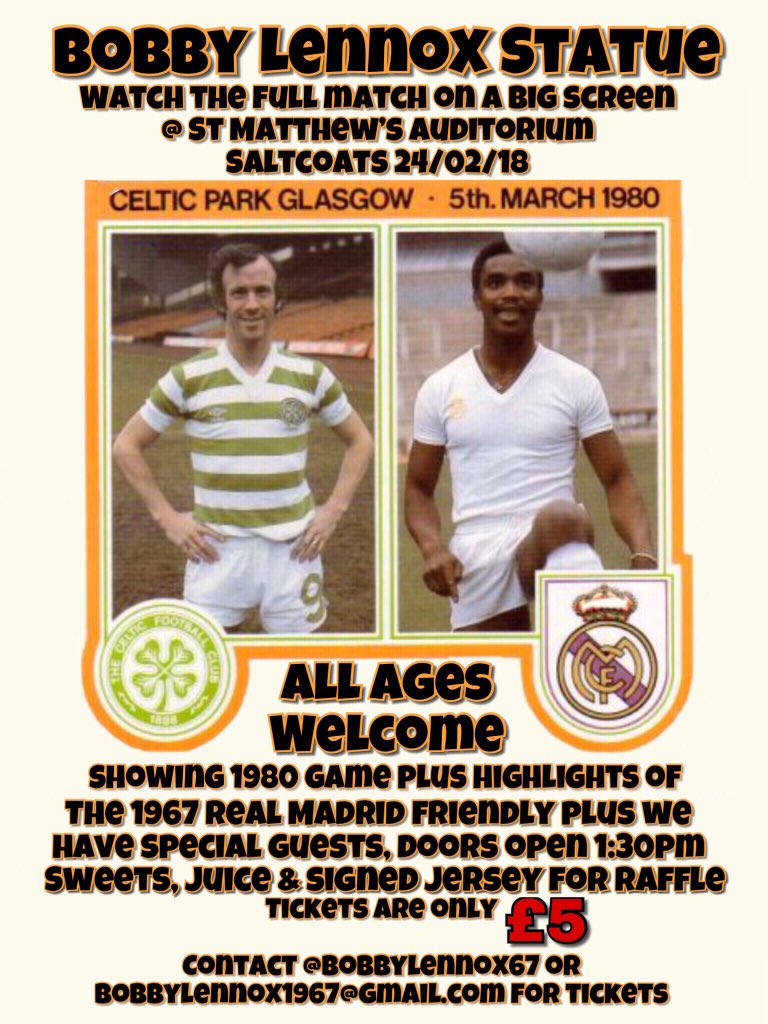 Many of you will be aware that a committee has been fund raising for some time now to have a statue built to commemorate Bobby Lennox in his home town of Saltcoats.

This is a very worthy venture and to help raise funds there is a film show in St Matthew’s school in Saltcoats on Saturday 24th February at 1.30pm. The films being shown are Celtic’s 1-0 win over Real Madrid in the Bernabeau in 1967, when Bobby scored the winner, and the 2-0 victory over Real in 1980 at Parkhead when Bobby played as a 37 year old veteran.

Bobby Lennox is often overlooked amongst the list of Celtic legends and his contribution tends to be taken for granted because of his quiet nature. He was the last of the Lisbon Lions and his career spanned the great years from the Scottis cup win in 1965 to his last medal against Rangers in 1980 riot final. Everybody loves Bobby Lennox and on a personal level I will always remember him for his contribution in the ‘4-2’ game in May 1979, when 10 men won the league, as he turned the game that night.

Tickets are only a fiver. If you aren’t doing anything on the 24th then get youself to St Matthew’s in Saltcoats for a terrific cause ! 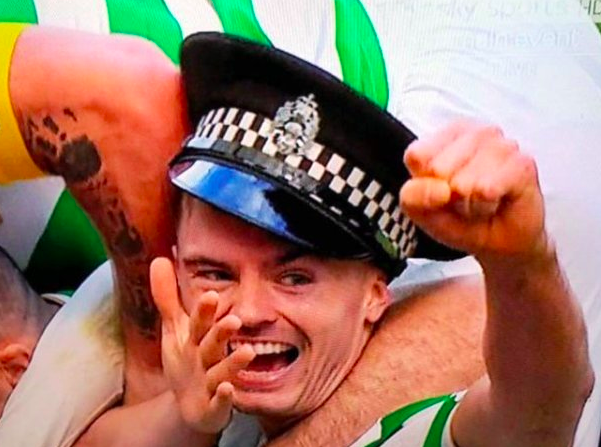 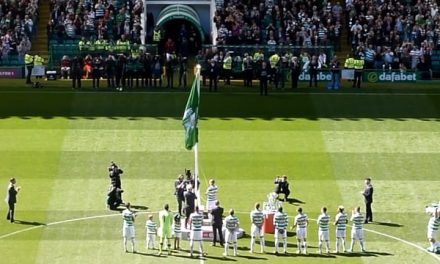