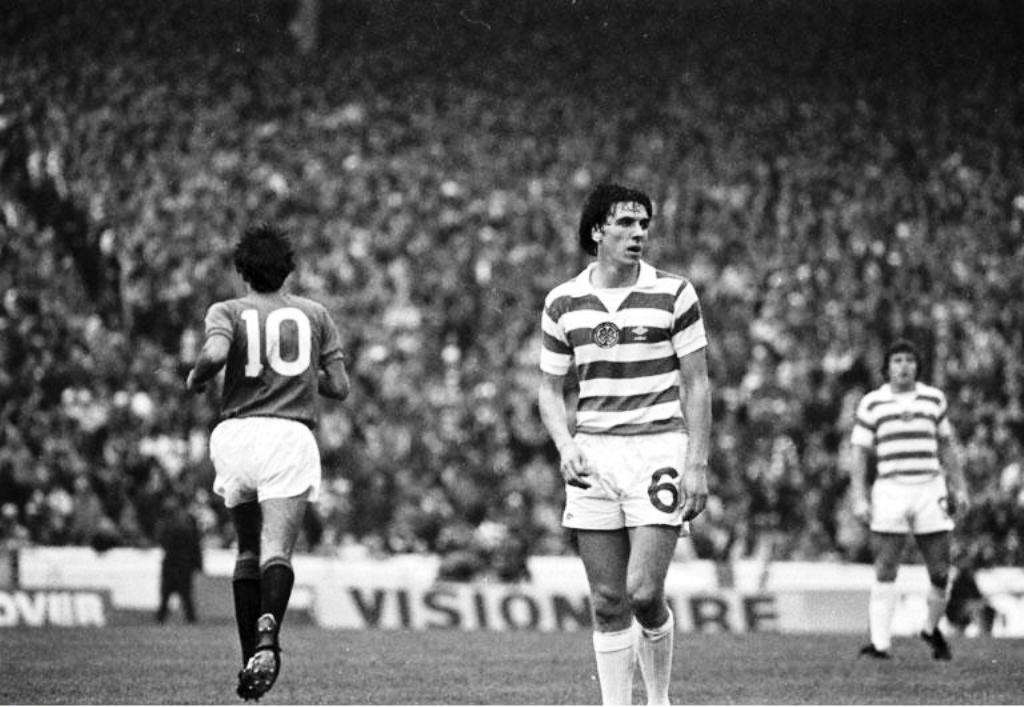 It’s September 1977. Celtic fans are still lamenting the loss of their talisman and captain, Kenny Dalglish, as they made their worst start in years by taking just one point from their opening three league matches.

I was in primary 7 at this time and was delighted when my Dad got tickets for the big game at Ibrox. Celtic fans were delighted to see some of the £440,000 Liverpool had given the club for Dalglish being reinvested when it was announce that morning that Tom McAdam had signed from Dundee United and John Dowie from Fulham. Dowie went straight into the side whilst McAdam had to settle for a place on the bench and they were seen as vital reinforcements.

Celtic had injury problems on the day with Pat Stanton, Alfie Conn and Joe Craig all injured and Roy Aitken suspended. Jock Stein sprung a couple of surprises with youngster Jim Casey at sweeper and Ronnie Glavin in the unusual number 9 shorts. Rangers for their part fielded their new signings Gordon Smith and Davie Cooper.

Drizzly rain fell on a cold, damp autumn day in Glasgow and the Celtic fans were soaked standing in the open terracing at Ibrox. There was a huge Celtic support there with some in the main stand, centenary stand (now the Govan stand) and the enclosure. The game kicked off at 1pm in the vain hope of keeping the fans from coming along fuelled by drink. Some hope.

Celtic started well with Edvaldsson playing up front and causing havoc to the Rangers defence. A young Tommy Burns, easily distinguishable with that thick mop of red hair, created two openings for big Shuggie to give the Celts a two goal lead. Half time came with Celtic in total control.

All during the interval the Celtic end of Ibrox was in a state of euphoria, despite the sodden conditions. Flags were waved, scarves were raised with a fair chorus of Dublin in the green, The Soldier’s Song and We shall not be moved. We all anticipated the good doing we would hand out to them in the second half. Ach, who needs Kenny Dalglish ?

In contrast the Rangers end stood in mute silence, staring at the blaze of green and white that was facing them.

Then something happened at half time. Jock Wallace withdrew the ineffective Derek Parlane, put on John Greig and threw Derek Johnstone into attack. Jock Stein responded by pulling Edvaldsson into defence to combat the threat of Johnstone, but without Shuggie’s presence up front the traffic was now one way towards the Celtic goal.

In 53 minutes Gordon Smith scored for Rangers and it was clear Celtic had a game on their hands. The Celtic midfield collapsed and in 65 minutes Derek Johnstone scored the equaliser as Celtic players looked at each other forlornly for inspiration.

The blue wave of attack continued and Peter Latchford made three great saves to keep Celtic in the game. Just when it looked as if Celtic would escape with a draw, disaster struck. Bobby Russell crossed to the back post which Latchford had covered. Inexplicably, he fumbled the ball on to the bar and the ball bounced out to Smith to score the winning goal.

Latchford, a hero until that point, was now the villain of the piece. I can still recall the thunderous roar from the Copland Road end and the heaving sway of bodies, back and forth, in celebration. For the last few minutes it was clear Celtic didn’t have it in them to fight back and the Rangers’ fans went through their full party song repertoire. We just stood there. Wet and numb with the odd lout throwing a bottle or two, in drunken frustration.

The short walk home wasn’t easy and the noise from Ibrox could still be heard as the mass of Celtic fans marched back to their cars and buses parked all the way down Helen Street.

I’ve seen us lose 5-1 at Ibrox, I was there at Fir Park on Black Sunday and I was in Seville in 2003. But nothing has compared to the misery I endured as a schoolboy on that day in 1977. Maybe it’s because I was boy that made it worse. When you’re younger you have unswerving faith in your heroes and when they let you down the pain is severe.

Back home, I sat in my house in Govan trying to dry out. My wet fringe was annoying me, so in a fit of pique I decided to cut my hair with the kitchen scissors. (Friends will be shocked to know I had a thick head of hair as a youngster). When my Mother returned from work she asked what happened to my hair and I told her. When she asked why, I replied ‘Cause I wanted tae !’ You can imagine what I got in return.

It was a thoroughly miserable day. And I still blame Kenny Dalglish for leaving. 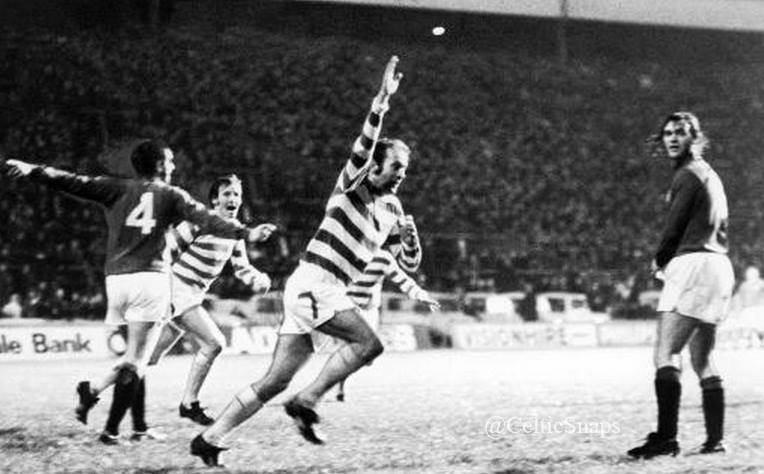