We boarded the train at Retiro station in the centre of the city, travelling to the neighbourhood of Villa del Parque, home of Racing headquarters and ticket office, located about 15 minutes or so away from the city centre. The train line passes through the vast shanty town slums of Villa 31 (home to the remains of murdered Catholic Liberation theologian, Father Carlos Mugica) on one side and lies in the shadows of expensive and ornate apartments blocks of the rich district of Recoleta 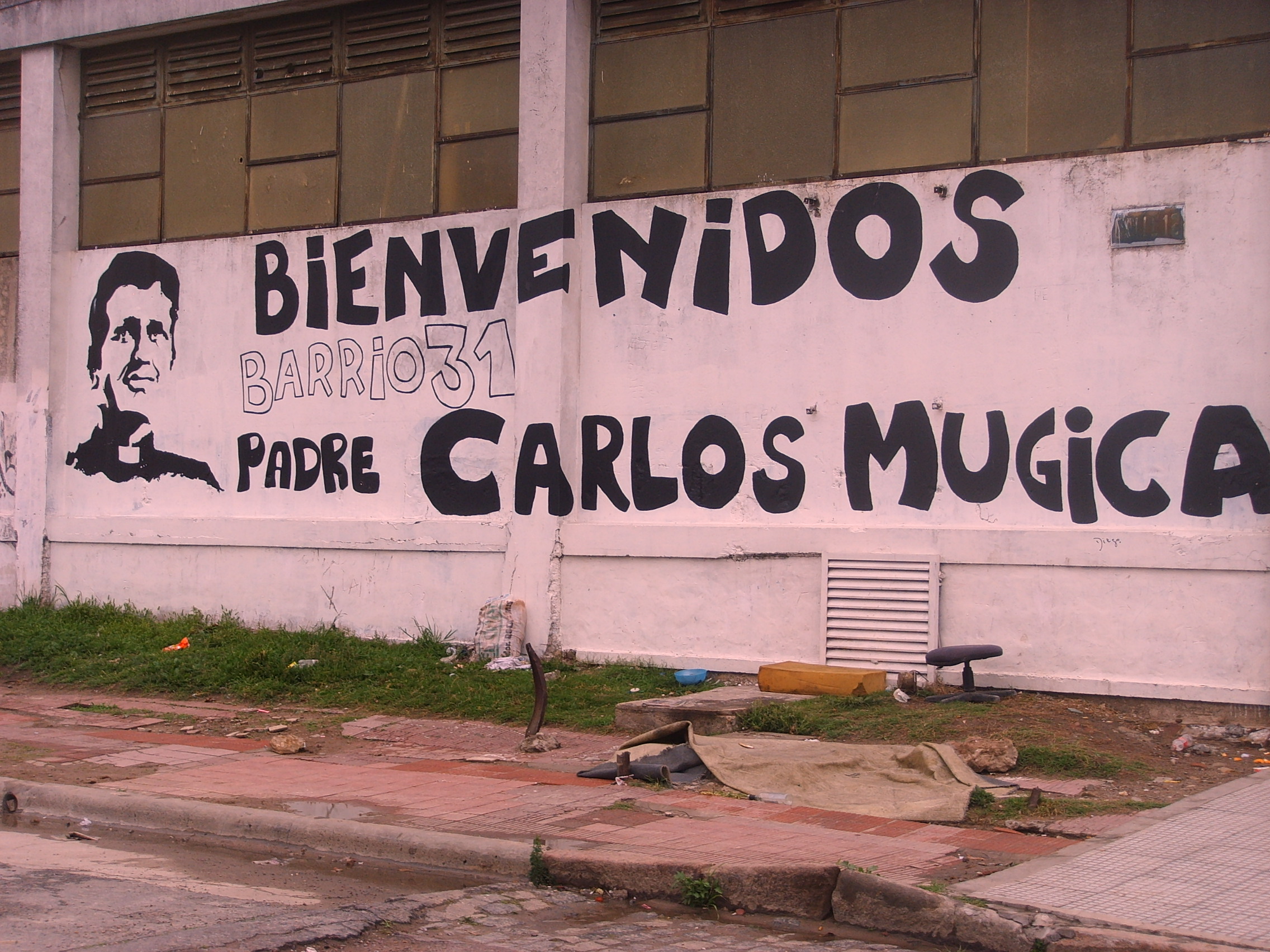 on the other. Rarely has the cliché ‘the wrong side of the tracks’ been so apt.

My parents and I alighted at the Villa del Parque station and made our way to pick up the tickets for the game. Whilst there, we were offered an impromptu tour of the headquarters by a young Racing socio (or member) called Fabian. As well as being the location of the ticket office for Racing fans within the city, it also offered them much more. Fabian showed us around the site, which resembled a large Victorian primary school, containing a gymnasium, an indoor basketball court (with seating on two levels), numerous 5-a-side football pitches, an outdoor swimming pool and a small gymnastics hall, which we were told that we would have to leave shortly as it was about to be used by a class of pupils from a nearby school.

It was evident that the site was in constant use by Racing socios and local community groups. All the walls seemed to be adorned with a collection of mementos of Racing’s history, as well as the timetables of various Racing teams for Football, Basketball, Swimming, Hockey and Martial Arts for all ages, for boys and girls, both able-bodied and disabled. It was clear that Racing was not simply a football club, but more of a social club that provided sporting facilities to their local community and members. After our tour, we picked up our tickets and were impressed by the hospitality and enthusiasm of the guys at the Racing headquarters. The thing that struck my Dad was the the fact that the young socio felt free to give us a guided tour of the club’s facilities without the need to seek permission. It gave the impression that he felt it was his club. I left there intrigued about what other Argentinian football clubs offered their members.

Unlike British clubs, which were promptly turned into profit-seeking businesses, Argentinian football clubs have, in general, been non-profit sporting social clubs. In theory, the socios (members) pay their monthly fees to their club. This creates the budget which is then distributed by the board to cater to the various necessities of the club, such as stadium maintenance, the first team squad, youth development, various other sporting teams affiliated with the the club (in sports such as hockey, basketball, swimming etc) or the maintenance of the sporting facilities for the use of the socios themselves. Ideally, the clubs should neither be profit nor loss making, but they should be self-sustaining. The board should spend the budget provided to them by their socios’ membership income, as well as sponsorship, tv revenue and prize money.

River Plate is well known for having extensive facilities for their members. By their stadium, ‘El Monumental’, where the ’78 World Cup final was played, they have a complex containing 11 tennis courts, 3 outdoor swimming pools, 1 indoor olympic size swimming pool, gymnasium facilities, football and hockey pitches, as well as a school and college which is attended by their youth teams of all sports, both male and female. For socios of River, all of this, and entry to all home games, is available for just £15 a month. 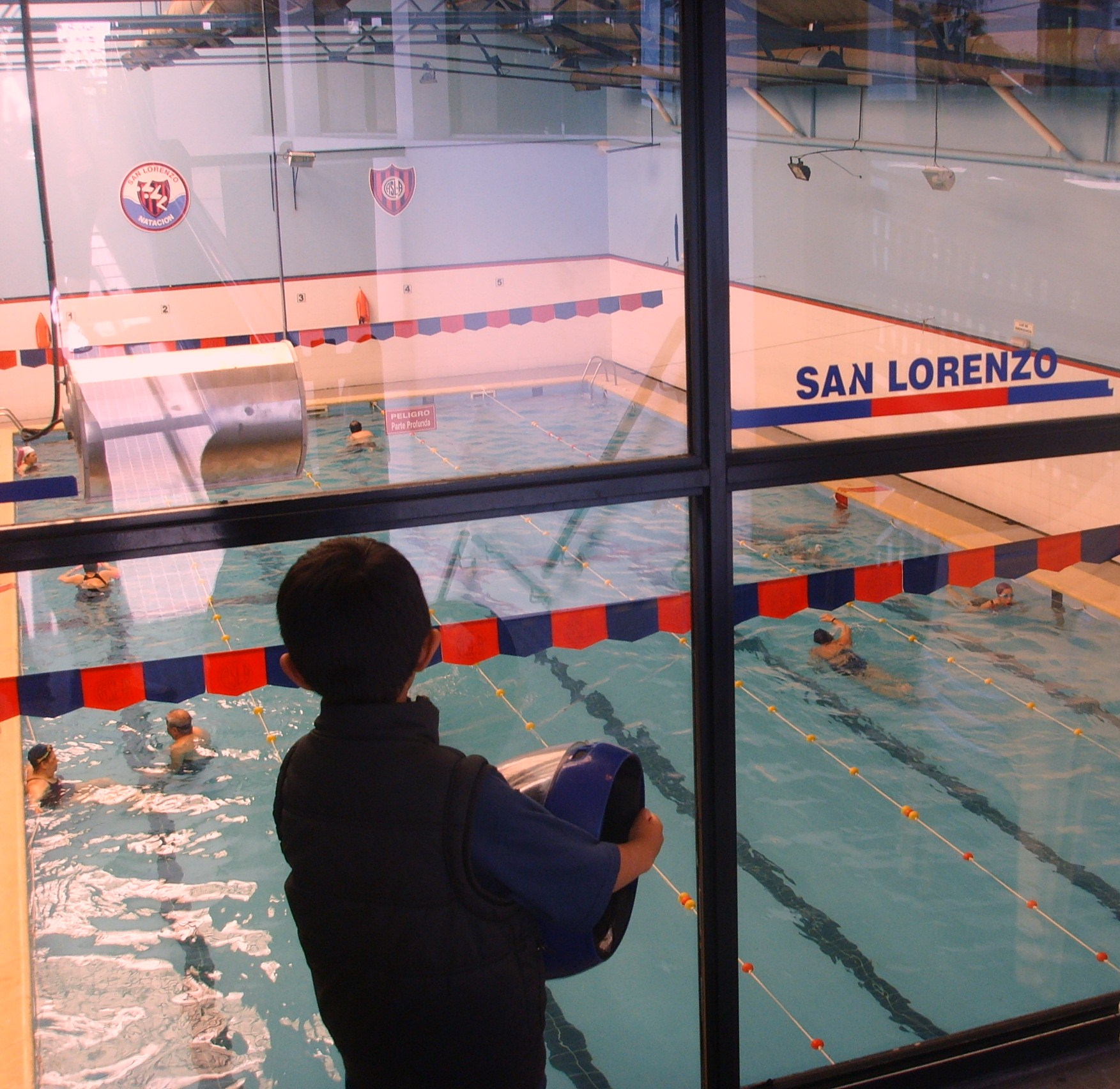 The team that I often go to watch, San Lorenzo, have two main sites for their socios to use. One is located in the central neighbourhood of Boedo where the club was originally formed and the other is located by the stadium in the west of the city. For £16 a month a socio of San Lorenzo, such as myself, gains entry to all home fixtures, access to the facilities, including indoor and outdoor swimming pools, large gymnasiums, five a side football pitches, tennis, basketball and volleyball courts as well as free admission to various classes, from boxing and tae-kwan-do to aerobics and salsa dancing. Both sites have huge BBQ grills free to use for family gatherings or pals getting together.

From my personal viewpoint, I think the greater access given to supporters in Argentina than in Scotland, gives them a greater affinity and feeling of involvement with their club than they otherwise would have. There is no feeling in Argentina that they are just customers-they own the club, hold the power in elections and they know it. Generally, they will take an interest in all levels of the club, not just the fortunes of the first team. The clubs’ websites, radio stations and club magazines will inform them on the a wide range of issues from the first team news to the success of a girls hockey team and a change in the swimming pool timetable…and everything in between. 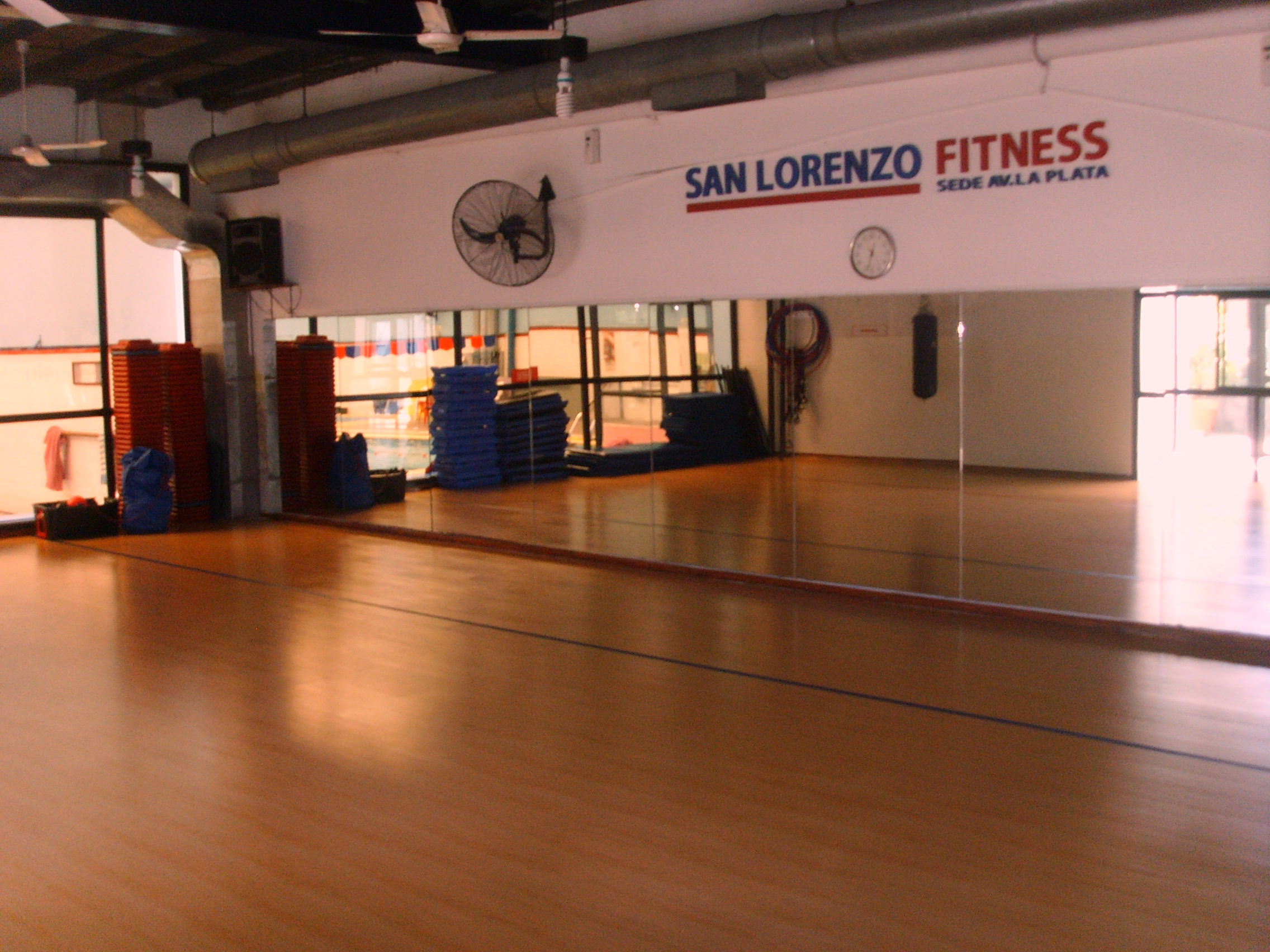 Normally, I will go to the site located in Boedo as it is much nearer to my flat than the stadium site, but it is also possible to use the facilities at the stadium that the players use each day for training. Shortly after first team training finishes, the socios then have full access to the club’s facilities and inevitably it would not be uncommon to see the first team in the lobby or to pass them in the corridors as they are finishing up.

Speaking to a guy called Mauro at the San Lorenzo gym, he asked me about the facilities back home at Celtic. I told him that fairly recently the club had built a new training centre. Mauro asked me what it was like and I told him that we had a modern gymnasium, an indoor pool as well as numerous pitches, both grass and astroturf, though I made the admission that I’d never actually been. ‘Why not?’ he asked me. ‘Well’, I explained, ‘The club prohibits access to the training centre and the use of the facilities by the supporters.’ Mauro then queried whether another company had privately financed it. ‘Well no’, I responded, ‘Basically the fans contributed the money for the training centre through season tickets, merchandise and share issues, but the club doesn’t allow the supporters to use the facility that we essentially paid for. But to be honest, this is fairly typical in Scotland or England.’ Mauro laughed out loud and then said something along the lines of, ‘But that’s madness! You paid for it and they tell you that you can’t use it. Crazy! Just vote out the board at the next elections’ he suggested. I laughed, ‘Well, to be honest, it’s not that simple. We don’t have elections. The club is essentially a business, a company.’ He pointed over towards a group a suited men and the entrance to the club headquarters, ‘Look, they are canvassing votes for the next election. But don’t vote for them Mark, they are whores. They’re a disaster. Vote for Cruzada. We need much more access to the club.’

Next Article: Democracy and Elections 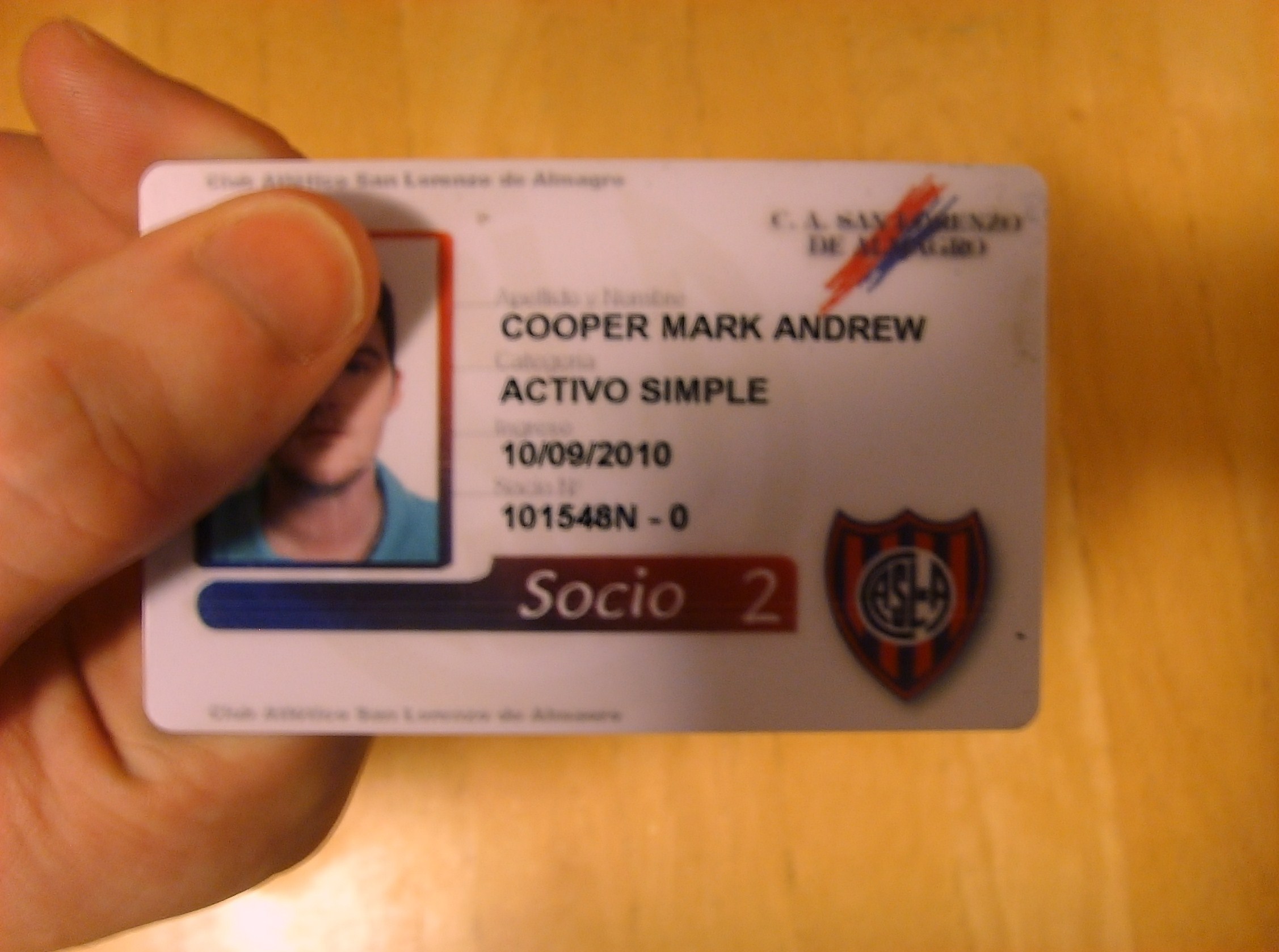 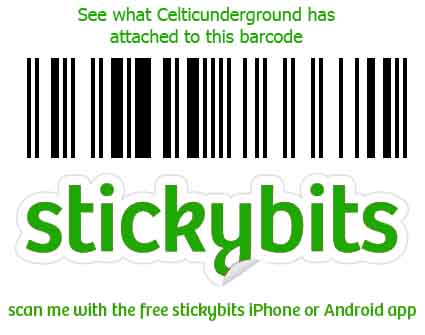 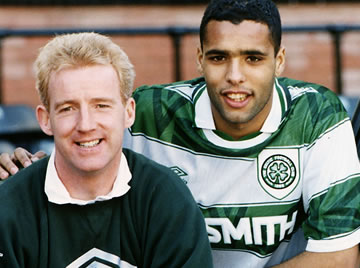 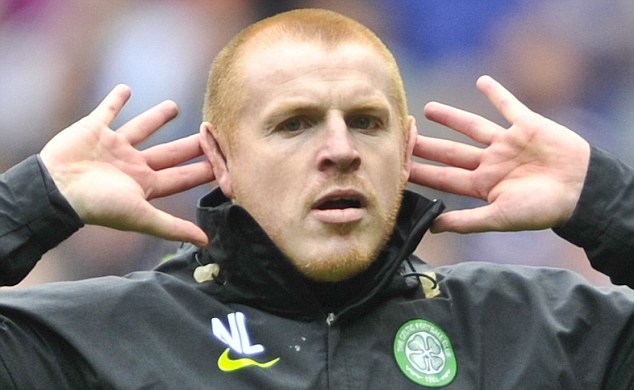