Details below from The Celtic Wiki

An extremely successful season, the second treble season and the 6th League and Cup double. Only two blips dotted the horizon. Those were the quarter final loss to AC Milan, who went on to win the European Cup this season, and losses home and away to Rangers in the League. They still finished five points behind in second place in the league, a result that again prompted whole scale changes across the river. The other loss in the league was at home to Morton at the end of the season. A total of 29 games were won with 89 goals for and 32 against and the points total was 55. The previous season had seen 30 wins with a massive 106 goals for and 24 against and 63 points.

Celtic had been one of the first clubs to protest against the Soviet invasion of Czechoslovakia. This led to the eastern Bloc teams pulling out of the competition and led to a redraw of the First Round. Celtic faced St Etienne who were beginning to come to prominence in Europe. Missing Bobby Murdoch and Tommy Gemmell they lost 2-0 away which was a major fright. A furious Stein vowed to go for all-out attack in the return game and the Celts gave no quarter running out 4-0 winners at Celtic Park to go through to face Red Star Belgrade who had failed to withdraw with the rest of the Eastern Bloc teams. They won 5-1 at home with Jimmy Johnstone running riot in the second half when told he might not have to travel if Celtic got a four goal advantage and then Johnstone-less held out with a 1-1 draw in Belgrade. and so on to the Quarter finals against AC Milan. The away leg in the San Siro was played in a snow storm in atrocious conditions and ended 0-0. Celtic were now being feted to go on to a final against Manchester Utd. But it was not to be, when Billy McNeill blundered early to allow Prati to score. Manchester Utd, by the way, lost to AC Milan 2-1 in the semi final.

In the League Cup Celtic qualified easily from the group stage winning all their games in a group with Morton, Partick Thistle and Rangers and were the best performing qualifier from all the groups. The Quarter final saw Hamilton Accies put to the sword with an aggregate score of 14-2. With a 10-0 win in the first leg Jock Stein felt confident enough to give many of the younger staff a run out with the average team age being 22. Onto the semi against Clyde which proved to be a hard fought match which was only settled by a goal from George Connelly, on as a substitute for Joe McBride. The final at Hampden was delayed due to a fire and when finally played in April Celtic destroyed Hibernian 6-2. Six goals up in 75 minutes they took their foot off the pedal for the last quarter of an hour allowing Hibs to score two goals.

The Scottish Cup started with the first round proper against Partick Thistle away and Celtic let a comfortable 3-1 lead slip away to a 3-3 draw. The Big Man wasn’t happy in the least and conducted an in-depth investigation demanding more from the players. The replay was never in doubt with every forward scoring in a 8-1 win. The second round saw Celtic drawn away again against Clyde. In a match that probably should not have been played Celtic drew 0-0 with Ronnie Simpson carried off with a dislocated shoulder which would see him out for the rest of the season. The replay was won 3-0 on a heavy and muddy pitch. The quarter final saw them drawn at home against Willie Ormond’s St Johnstone. This proved to be an excellent game where the Bhoys showed all their fighting spirit to come back when St Johnstone equalised. The semi was against Morton who scored first but then had no answer to the brilliance of Jimmy Johnstone. And so onto the final against Rangers. This was Jock Stein at his best outwitting Rangers and out-thinking Davie White.

Throughout the season Jimmy Johnstone and John Hughes were outstanding on either wing both proving themselves to be world class players. Jimmy managed to get himself suspended by the club for shouting at the bench and throwing his shirt when he was substituted in the League game against Dundee Utd. The story still leads to much hilarity when told but was serious at the time. Jock Stein would regularly throw the curve ball at the opposition by having John Hughes run out in the number 11 shirt and then play him at centre forward. Bobby Murdoch won the Scottish Player of the Year award, Willie Wallace finished top scorer. And finally Robert Kelly was given and accepted a knighthood on behalf of the club.

All seemed good at the club with the lack of knighthood for Jock Stein transferred to one for the Chairman and on the field a vivacious, attack-minded Celtic team and more quality youngsters coming through. 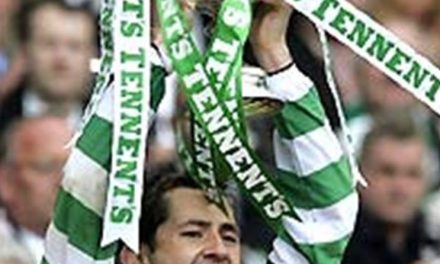 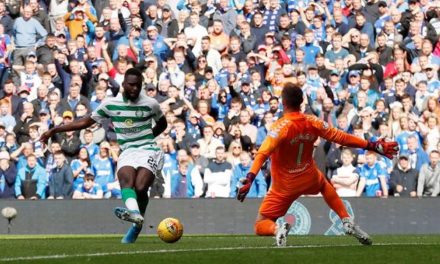