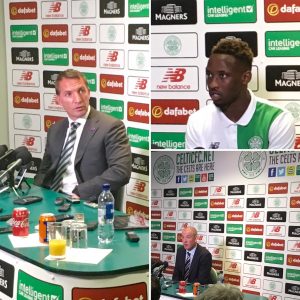 The decade didn’t start well.  Tony Mowbray was in charge and from an early point of his reign it was clear that he was not the answer.  By the turn of the decade Rangers were disappearing out of sight for the title and it looked like we would limp along to the end of the season but midweek in March 2010 got thumped 4-0 by St Mirren, Mowbray was dismissed and Neil Lennon took over the reigns on a temporary basis.  He won 8 league games in a row and was given the job full time.  The decade ended with a manager leaving, Neil Lennon being given the job on a temporary basis, seeing us through to the 8th title in a row and getting the job full time.

In between all of this we has some amazing times, our rivals died, we won 8 titles in a row, we had an invincible season and we have won the last 10 domestic trophies.  With the last ten years being such an amazing time in our history, we decided that we would have a podcast looking back and we’d try to pick out 10 key games/moments/events that really defined the times or were a unique event that set in motion the events to follow but we need your help…

I am joined on the podcast by to experienced Tims who, to paraphrase the song, know their history (Robert and Alan).  Between the 3 of us we come up with roughly 20 defining Celtic moments but we need to compile a list of THE top ten.

The Celtic Underground Podcast No243 – A Glib & Shameless Celtic Podcast